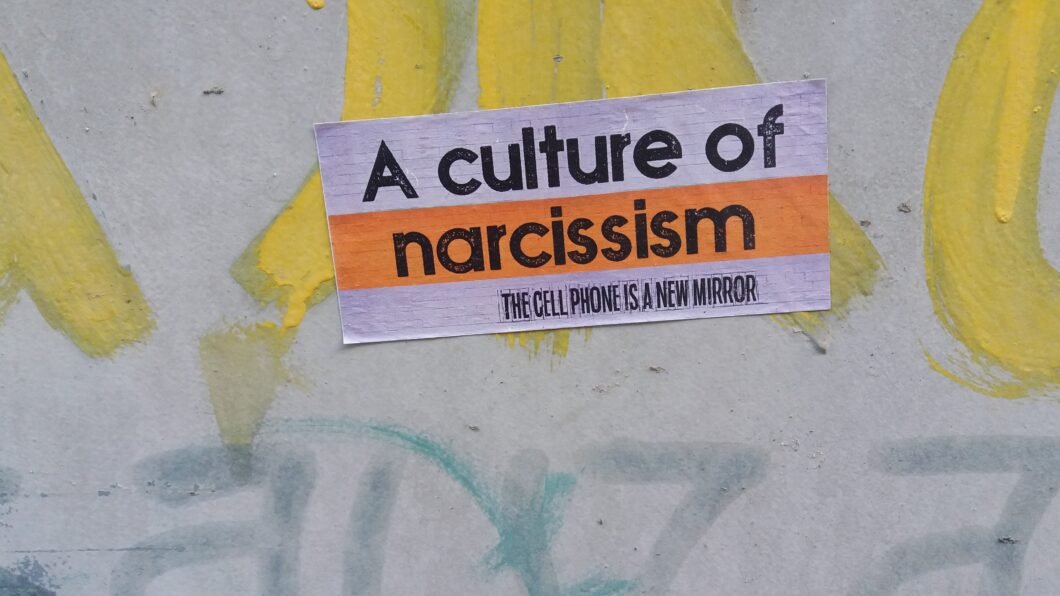 There are two great religions that the United States has been exporting globally over the past few decades: confidence and capitalism.

The combination of both of these has turned confidence into a high-value industry. More confidence and self-esteem, we’re told, are the solutions to all our problems. They are our gateway to more happiness, better performance, and success. Each time you inhale, a new self-help guru materializes out of thin air with a website, book, YouTube channel and app to unlock your true and amazingly confident self.

Now, if this stopped at self-help gurus having their moment, I’d be cool with that. Instead, it has also blurred the line between confidence and arrogance. Self-promotion has become the most valuable skill you can have.

It’s why we celebrate athletes and musicians who trash-talk others and declare that they’re the best:

It’s why we ignore shitty behaviour from high-powered executives and politicians. We focus on their “bold” and “visionary” leadership instead:

It’s why reality shows and “social media influencers” are even a thing, and why social media has become a cesspool of bragging:

And of course, it’s why we get to hear this man :

I’m not saying that confidence in itself is bad. But when we promote confidence to the extent that we do, we normalize narcissism. We are feeding the idea that narcissism leads to authority, power, and wealth. We also start conflating confidence with a lot of other things that it’s not:

Confidence is Not Self-Esteem

Confidence is about knowing and believing in your abilities, which may vary. Self-esteem is how you feel about yourself overall – your general feeling of self-love/hate.

As an example: I have low confidence in my ability to dance as I have the coordination of a drunk toddler. I have high confidence in my ability to write a grammatically correct sentence. It’s a skill that’s sort of important for a writer to have. I have the self-esteem of your average twenty-something-year old trying to figure out life. It could be better, but it also could be a lot worse. (Update 2021: After doing a lot of inner work over the past couple of years, my self-esteem is now solid.)

Now, if you actually have great self-esteem and are secure with yourself, you wouldn’t feel the need to brag or to impress people. You’d live your life knowing that you are enough as you are, without needing to prove yourself. You wouldn’t sell yourself short, and you wouldn’t think you were amazing either if you actually aren’t. You would be realistic about yourself, flaws and all, and be happy that way.

But of course, very few people ever find that Goldilocks level of self-esteem. So, we’ve created a society where we reward superficial displays of confidence and false bravado instead. When we see displays of arrogance, we mistake them for leadership ability, especially in men.

Confidence is Not Competence

We also tend to equate confidence with competence. In reality, there’s a pretty big difference between the two. Research has shown the correlation between confidence and competence is a paltry 0.3.

Think of the relationship between confidence and competence like the “all dogs are mammals, but not all mammals are dogs” scenario. Most competent people are reasonably confident, but most confident people are not actually competent.

This leads to that sad but all-too-familiar scene in group meetings. You know, the one where the person with the loudest and most insistent voice wins the argument, despite being a moron. This is also why so many of our business leaders and politicians are just thinly-veiled sociopaths, who then go on to cause financial meltdowns and political crises with their incompetence and hubris.

Confidence is Not Rational

I have a task for you. Rate yourself on how good you think you are as a person on a scale of 1-10 (10 being the highest).

Did you, by any chance, rate yourself around a 6 or 7? That’s what most people did.

Fittingly enough, we also think we are less prone to self-serving thoughts than the average person.

Of course, all this is statistically impossible. By definition, at least half the people have to be below average (with average defined as the median). But we don’t identify as average or below even if we are because – well, who likes to be called average? Calling someone average is like saying they’re nothing special. Nobody likes to feel that way about themselves.

What this means is that we have a skewed view of our strengths and abilities. This is useful when we’re trying to overcome a hurdle; overconfidence can help us apply for that job we’re not sure we’re fully qualified for, or approach that person we fear might be too good for us. But it also means we underestimate our weaknesses, and don’t fix them as we should.

(Full disclosure: There is also something called the worse-than-average effect, where people rate themselves too harshly when they think the task is extremely difficult. Also, most studies on the above-average effect were done in the US, which may have the most narcissistic culture in the world. East Asians in particular seem less prone to the better-than-average effect.)

Confidence is Not Deserved

Let’s break down the nature of the confidence even more. It’s time for a story about a bank robber who inspired Ivy League researchers.

One day in the year 1995,  44-year-old McArthur Wheeler tried to rob banks in broad daylight in Pittsburgh, USA. He did not wear any masks or disguises, and smiled at surveillance cameras while walking out of each bank. Later that night, the police arrested him and showed him the surveillance tapes. He was in complete disbelief. He kept mumbling “But I wore the juice!”

Apparently, he had rubbed lemon juice all over his face before committing the robbery. His thought process was basically: lemon juice = invisible ink= invisible face = getting away with the crime.

Nope, he wasn’t crazy or on drugs, he was just very very stupid.

McArthur Wheeler’s story caught the eye of psychologist David Dunning and graduate student Justin Kruger at Cornell University, who tried to understand what was going on. They designed 3 experiments testing undergraduates on their knowledge of humour, grammar, and logic. Interestingly, the ones who scored the lowest always overestimated how they did– by a lot. The ones who scored the highest also incorrectly predicted their scores- except they underestimated themselves.

This is the single most ridiculous thing about confidence- the least deserving tend to have the most of it.

Meanwhile, highly skilled people underestimate themselves. They assume that what is easy for them must also be easy for others. They do not perceive how unusual their skills are unless explicitly pointed out to them.

The Dark Side of Confidence

There are consequences to this cult of confidence apart from normalizing narcissism and arrogance. The first is that it makes people with low confidence feel like they have a terrible character flaw that they must hide from society. This creates the “fake it till you make it” mentality, where people gloss over their weaknesses with false positivity.

However, “faking it” and keeping up appearances can be very stressful, and can actively undermine your well-being. Depression and anxiety rates have sky-rocketed because we feel the need to portray ourselves as perfect people confidently leading perfect lives. (Not too perfect though- you must also curate a list of imperfections to make yourself seem relatable.)

The second implication is our collective deficit in competence. If we keep rewarding those who are the best at promoting themselves, simply because they are the best at promoting themselves, then we will always end up with incompetent charlatans in positions of power and influence. Imagine if we picked our doctors, engineers and pilots on the amount of confidence they project, and not their actual ability.

The Advantages of Humility

Although most of (Western) society regards insecurity as a sort of personal flaw, there are many psychological advantages to low confidence. Low confidence can be a great starting point for achieving humility. Intellectual humility, which is recognizing that the things you believe in can be completely wrong, is especially important. Consider the following:

If you don’t feel confident in your life, don’t worry. Confidence is not a personality trait, it’s a skill you can acquire if you want to. Remember though, no matter how much you improve in your abilities, there is always more room to grow. You need to stay humble.

After all, real knowledge is knowing the extent of your ignorance. I didn’t say that by the way, Confucius did.

I will leave you with this clip from the Jimmy Kimmel Show where people talk about the crisis in Wakanda. Yes, that’s Wakanda from Marvel’s Black Panther movie. It does a better job of showing the problem of false confidence and incompetence than I ever could: