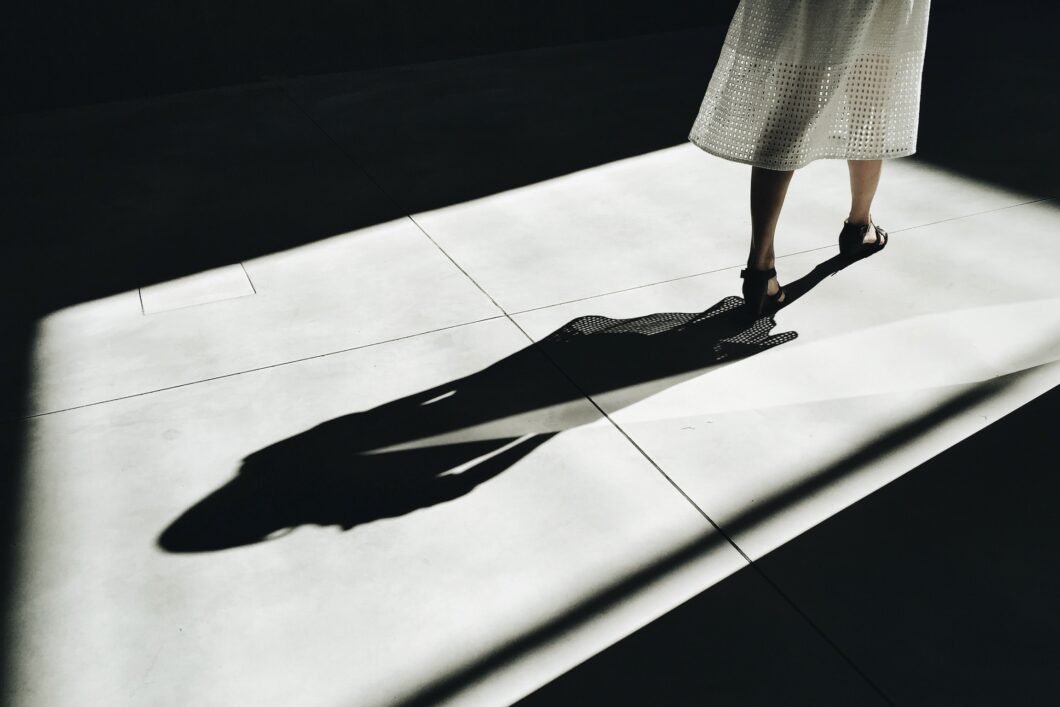 Here are three examples of human behaviour. What do they have in common?

So how are these people alike? They’re all hypocrites, maybe?

Say hello to the shadow side.

Persona vs the shadow: You vs yourself

All of these form what we call the persona. The persona is the public-facing part of our personality, where the public often includes ourselves.

“The persona is the mask we wear in relation to the world and others…Our persona defines our social identity; it is constructed in relation to the roles we play in our lives and in our world, how we want to look and be seen. It is the face we wear to be presentable and acceptable to our society. It is not necessarily who we really are, but who we want and pretend to be to others and, many times, to ourselves.” (War of the Gods in Addiction, David Schoen)

But what about when we behave in ways that don’t conform to this image we have of ourselves? How does Alex justify his emotional volatility, Catholic priests their immorality, and Maya her resentment, which are all contrary to their personas?

We usually rationalize any “out-of-character” behaviour by assigning the blame to outside forces:

Hard-truth: it is not the devil or anyone else that is to blame when we mess up in this way. It’s our own shadow that was at work.

According to Swiss psychiatrist and psychoanalyst Carl Jung (the man who developed the concepts of the persona and shadow) the shadow represents aspects of ourselves that we deny and have cut off from our conscious awareness of ourselves. We may say that we only behaved differently than we normally would have because of the situation, but there is nothing outside of us that can trigger any emotion or reaction unless we weren’t already primed to be that way.

In simple terms, the shadow is everything we refuse to fully acknowledge in ourselves.

How does the shadow form

Everyone arrives on the planet with one core psychological need: to be seen, heard and appreciated for who we authentically are.

Unfortunately, almost none of us have this core need properly met.

What we must understand about human nature is that there is always a clash of opposites within us. To be human is to contain multitudes. Every one of us, depending on the situation, has the ability to be narcissistic or selfless, clueless or competent, factual or emotional, put-together or unkempt. As babies and young children, we move between all these different contradicting states spontaneously, without any judgement or ideas about how we should be. We feel free to be anything we want to be at that moment.

Then we get socialized.

We are taught – by our (usually well-meaning) families, teachers, peers and societies – that some of these qualities are “good” and the others are “bad”. “Good” behaviour gets praised or rewarded. “Bad” behaviour may be met with punishment, abuse, rejection or withdrawal of affection and attention. We then become conditioned to believe that if we are to receive love, acceptance or attention from others, we must behave only in certain ways. Rather than receiving appreciation for our authentic selves, we receive approval based on how well we conform to external expectations.

And so we start splitting ourselves into two. We display the parts of us that gets us approval from others (the persona), and hide away the ones that don’t (the shadow).

I want to emphasize that it’s not all doom and gloom with the shadow. The shadow can also contain many aspects that are usually considered “positive”. For example:

What part of ourselves we express and repress is less about universal ideas of “good” and “bad”, and more about what gets us acceptance (or at the very least, attention) from our own families and peers.

The act of bringing the hidden aspects of ourselves into our conscious awareness is called shadow integration or shadow work. Jung considered shadow work an essential part of becoming whole and a fully “individuated” person. (Individuation, according to Jung, represented self-actualization or reaching our full potential.)

Why we should integrate our shadows

Despite the importance of shadow work, it’s not exactly popular. This is understandable: few people enjoy owning up to their flaws, weaknesses, nastiness, anger and overall “badness” as a person. It’s no accident that “Look to the light!” and “Follow your bliss!” and “Good vibes only” are de-rigueur in the personal development world. Focusing on developing our strengths and what makes us feel good is far easier on us emotionally.

Many people also panic at what it means to accept their “evil” nature: “Why should I? My shadow likes to hurt people! It belongs in hell! How can I accept it?”

As a counter, I have 3 points:

How to integrate our shadows

Shadow work is not about giving ourselves the permission to do anything unethical, illegal or harmful. The process of shadow work involves:

So how do you identify what makes up your particular shadow to start your shadow work?

Here are the top three ways to identify your persona and shadow.

Research supports the existence of different personality types. It is important to be aware of your particular psychological type, as each type has its own path to development.

Take a free Enneagram test here. You can also take a scientifically-validated version of the test at the Enneagram Institute website ($12 USD).

After you get your results, read more about your type and see if it resonates. (You’ll know that you’ve landed on the right one if reading the detailed description hits a nerve.) The core fears of each type are usually unconscious, by which I mean they are repressed in the shadow. People who are psychologically unhealthy are operating mostly under the grip of their unconscious fears and shadow side.

Identifying what really pisses us off about other people will help us understand what makes up our shadow side. This is because the things that we find “bad”, “irritating”, “strange” or “stupid” in others are usually the parts of ourselves that we are too afraid to look at closely.

Sure, someone might be aggressive, arrogant, thoughtless, or intolerant, but if we didn’t have those same qualities somewhere within us, we wouldn’t react strongly to their behaviour. We are primed to project onto others anything that we bury in ourselves (psychological projection).

Think of someone who goes on a rant if they have to deal with a person showing up ten minutes late. Most of us wouldn’t have such a strong reaction. It’s because we recognize that we may not have always been punctual in the past and so we extend some grace to both ourselves and the person who is currently late. Any behaviour can only trigger a strong judgemental reaction from us if we’ve repressed our own ability to commit that same behaviour.

Jung strongly advocated the use of dream analysis in shadow work as he believed dreams to be a direct portal into our unconscious mind. I’ll admit to this being my least used method; I can never remember any of my dreams and I’m too groggy in the morning to write them down as soon as I wake up to analyze them later. If you’re someone who likes the idea though, here’s a guide to dream analysis to get you going.

Now, if you don’t want to analyze the dreams you have when you’re asleep, you can at least analyze the visions and fantasies you have while awake, and what they might say about you. Since we tend to fantasize about our “forbidden fruit” – what we feel is not appropriate for our persona to engage in – our fantasies can give us direct insight into what aspects of ourselves we are repressing.

At first, embracing the shadow might seem terrifying, because it represents such a huge threat to our persona – it is literally everything our persona is not. But once we get into the process, we realize shadow work may be the most liberating thing we can ever do for ourselves. We are no longer rigidly attached to playing a role that might not even serve us anymore and confining ourselves to only one way of being and doing.

Ultimately though, true healing arises when we realize for ourselves that we are neither our persona nor our shadows. We are neither as good and well-intentioned as we like to think, nor are we as bad and unworthy as we secretly fear. We are also vastly greater than the sum of our persona and shadow, as well as our hopes and our fears – we are the awareness that experiences it all. Integrating our shadow is the first step in the process of discovering this true essence.

Your other half? It’s not another person. It’s you yourself – your own shadow.